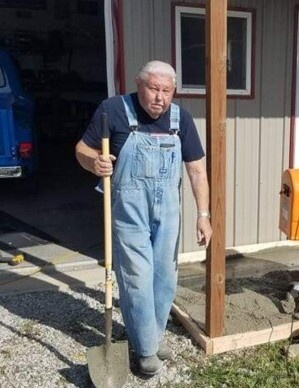 Willis Ray “Buster” McIntire, 79, of Breckenridge, Missouri passed away Tuesday, May 12, 2020 in Kearney, Missouri under the care of his family and Liberty Hospital Home Health & Hospice.

Willis was born July 1, 1940 to parents Forrest and Gladys Breeze McIntire in Kansas City, Missouri. He was a 1958 graduate of Breckenridge High School.

Willis married Cathy Jean Nichols March 8, 1968 in Miami, Oklahoma and she preceded him in death on June 25, 2011.He worked as a welder at Donaldson of Chillicothe, for 37 years and farmed with Dale Neiause for several years.

Willis enjoyed hunting, fishing, car shows, bingo and trips to the casino boat. He had a great love for his family and valued time spent with them.

Memorials in honor of Willis may be made to Rose Hill Cemetery and may be mailed to or left at Heritage Funeral Home, 3141 N. Washington, Chillicothe, Missouri 64601. Online condolences may be left at www.heritage-becausewecare.com

To order memorial trees or send flowers to the family in memory of Willis McIntire, please visit our flower store.