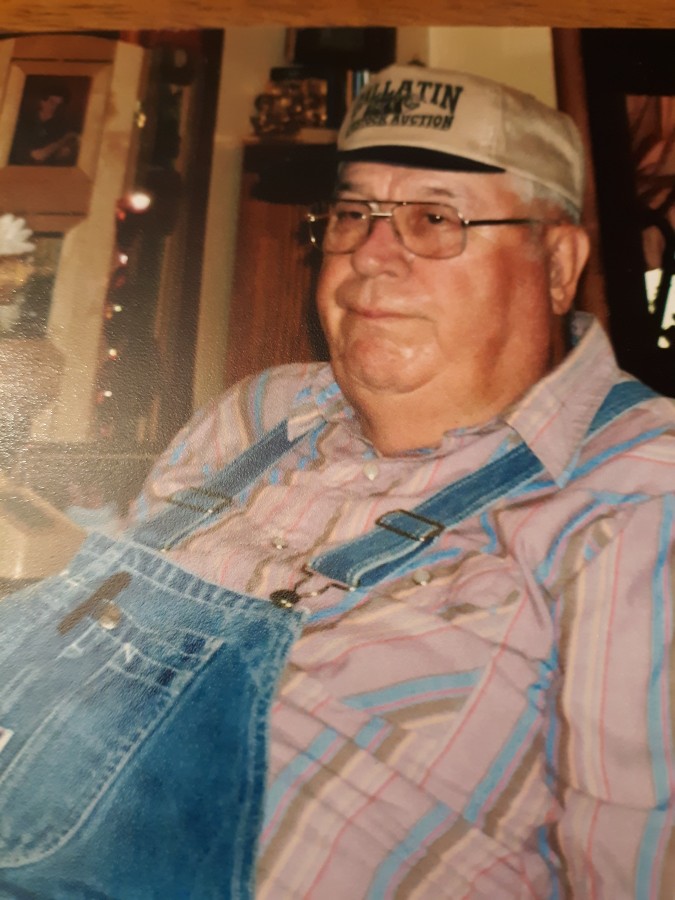 William Daniel Coberley was born in Chula, MO on May 15, 1933 to Jesse Felver and Agnas Mae Wilson Coberley. He was a 1952 graduate of Chillicothe High School.

He served in the United States Army from May 1953 to May 1955 serving in the 580th Engineer Co. in Yokosuka, Japan during the Korean Conflict.

Daniel also fed hogs and back ground cattle until he sold out and moved to Chillicothe in 2009.

He enjoyed working with his cattle and going to auctions and visiting with his coffee drinking buddies, who visited him quite often in town. He loved his granddaughter and great grandson, they were the light of his life. Daniel liked eating out and going to the casino once in a while, and he was a lover of bluegrass music.

Memorials in honor of Daniel may be made to Plain View Cemetery and may be left at or mailed to Heritage Funeral Home, 3141 N Washington, Chillicothe, Missouri 64601. Online condolences may be left at www.heritage-becausewecare.com

Services are under the care of Heritage Funeral Home in Chillicothe, Missouri.

To order memorial trees or send flowers to the family in memory of William Coberley, please visit our flower store.