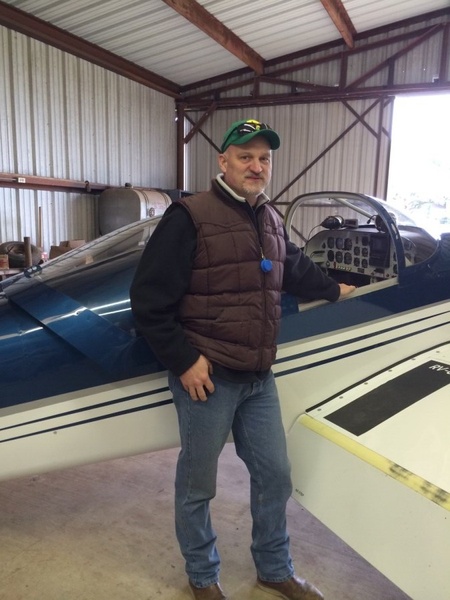 Clay was born January 6th, 1964 to parents Andy Anderson and Karen Stevenson-Brown in Chillicothe, Missouri. Clay graduated from Chillicothe High School and earned several certificates and an Associate’s Degree. He enlisted in the United States Army where he served 9 years. Clay joined the Air Force and the Air National Guard where he embraced his love of aviation and aviation mechanics.

Clay married Christine Reich on June 12th, 1993 in New Caney, Texas at the home of her parents. From that day forward their love would know no bounds. Clay and Christine truly lived and loved as one. Clay’s love for God, Country, and his family knew no limit. He committed himself completely with no question. On July 11th, 2010 Clay gave over his heart and soul to the Lord.  His faith would be unmatched. Clay will always be remembered as an amazing husband, dad, PaPa, friend, and teacher. He truly touched everyone that he came in contact with. His word was truly his bond.

Clay was a member of the Little Country Church in New Caney, Texas. He was also a member of The Punishers LE M.C., a brotherhood he looked so forward to being a part of. Zion Lions M.C., and the EAA Chapter #944. Clay’s hobbies knew no bounds, a man of many talents, he loved aviation, his second home was in the sky, riding motorcycles, playing guitar, scuba diving, listening and playing classic rock music, riding, and roping.

Clay was preceded in death by his father Andy Anderson; his sister Becky Roggenkamp; and father-in-law Jerry (PaPa) Reich.

Memorials in honor of Clay can be made to the Livingston County Veteran’s Association. Clay believed it was important to support those who have sacrificed so much for our Country. You can also make a donation to the EAA Chapter #944 in honor of the Anderson Aviation Memorial Fund. These memorials can be mailed or dropped off to Heritage Funeral Home in Chillicothe, Missouri. Online condolences may be left www.heritage-becausewecare.com.

A Celebration of Life will be held at Heritage Funeral Home Friday, August 20th, 2021 at 1 p.m.

To order memorial trees or send flowers to the family in memory of William Anderson, please visit our flower store.