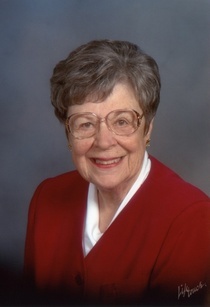 On January 16, 2015 Vyvyan Dice Heekin Butts, of Sacramento, California died in her sleep.  Born in Cameron, Missouri in 1923, she was the oldest of three children of Raymond Winfred Dice and Alice Sherrard Peck Dice.  She was preceded in death by her husband Joseph Butts, her parents, sisters Mildred Elaine Dice and Marjorie Helen Moore, her ex-husband William Dennis Heekin and her dear friend Alton Arnold.  She is survived by her five children, Patricia Elaine Heekin of Moscow, Idaho; Margaret Denise Heekin of Boonville, Missouri; William Dennis Heekin, Jr. (and wife Sue) of Davis; Andrew Michael Heekin (and wife Cary) of Sacramento; and Timothy Brian Heekin of San Francisco.  In addition, Vyvyan will be missed by her six grandchildren, four great grandchildren, over 30 nieces and nephews, and a wealth of friends.

A fifth generation Missourian, Vyvyan lived in Jamesport, Maryville and Kansas City. She graduated in 1941 from Maryville High School, returning for several reunions, as recently as the 70th in 2011. She attended the University of Missouri, at Columbia, where she joined the Kappa Kappa Gamma sorority. After World War II she moved to California to work for IBM in the Bay Area.  In 1946 she married William Dennis Heekin, also from Maryville, after his wartime service as a Navy pilot.  In 1950, after William graduated from Stanford Law School they moved to Sacramento, where they raised five children in the Arden Arcade area.  As a founding family in the St. Ignatius Loyola Parish Catholic Church and School, Vyvyan was very active in the parish Altar Society and school guild.  She was also active in the Jesuit High School Loyola Guild for many years.  Vyvyan worked over the years for the U.S. Department of Agriculture, Sacramento County, Mather Air Force Base and tax accountant firms.  She made many friends while serving as a hostess for Welcome Wagon.  She was an active member in many local organizations, including the Carmichael Elks, Widowed Persons Association of California, Renaissance Society, Arden Park Garden Club, Sunday Musicale and other dancing clubs.  Vyvyan married Joe Butts in 2000 following a long friendship.  Vyvyan celebrated her 91st birthday with close friends and family on December 29th.  Her final days were eased by the considerate care of the staff at Carlton Crown Plaza of Sacramento and Yolo Hospice.  Vyvyan’s final resting place is next to her parents in Breckenridge, Missouri.

A graveside service will be held at 1:00 p.m. on Tuesday, February 24th at Rose Hill Cemetery in Breckenridge.

A celebration of Vyvyan’s life will be held on Thursday, February 26th at St. Ignatius Loyola Parish Catholic Church, 3235 Arden Way in Sacramento CA (95825), with a memorial service at 3 P.M. and a hosted reception at 3:30 P.M.  In lieu of flowers, please contribute to a charity close to you or Yolo Hospice (yolohospice.org) to support final days of comfort and dignity.

Missouri arrangements are under the direction of Heritage Funeral Home, Chillicothe, Missouri.

To order memorial trees or send flowers to the family in memory of Vyvyan Heekin Butts, please visit our flower store.