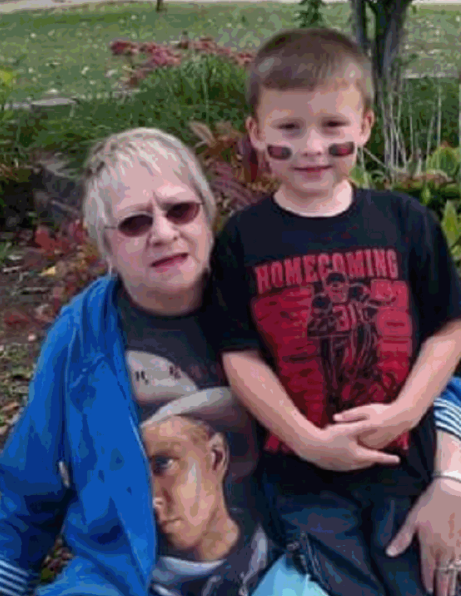 Vickie Sue Gibson, 69, of Braymer MO passed away Monday, May 1, 2018 at Hedrick Medical Center in Chillicothe.

Lura Victoria Sue Gibson was born August 18, 1948 in Red Oak, Iowa the daughter of John Frederick Merryfield and Joeann Louise Erickson Merryfield. The family moved to Utica MO when she was young and she graduated from Southwest High School in Ludlow.

Vicki was dedicated to her work as a Certified Nursing Aide and Certified Med Tech at Golden Age Nursing Home in Braymer. She also worked at Midwest Glove in Chillicothe.

Vickie was a member of Utica Baptist Church. She loved to cook and bake for her family.  She had a big heart and enjoyed helping others in need. Most of all being Meme to Ethan was her favorite pastime.

Memorials in honor of Vicki can be made to Chad Merryfield for Ethan Merryfield’s educational cost. Memorials can be mailed to or left at Heritage Funeral Home 3141 N. Washington, Chillicothe, Missouri 64601.

Arrangements are under the care of Heritage Funeral Home, Chillicothe MO.

To order memorial trees or send flowers to the family in memory of Vickie Gibson, please visit our flower store.