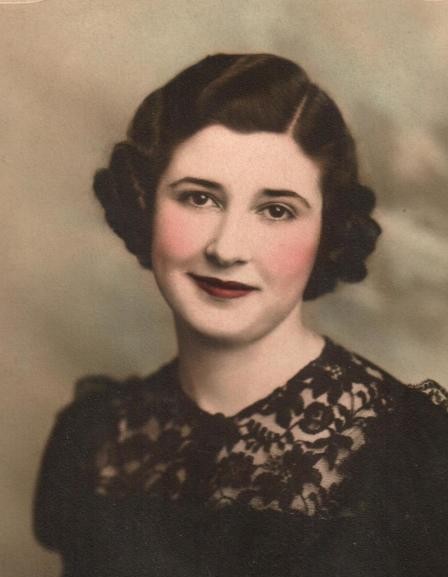 Nadine was born November 10, 1921 near Sampsel, Mo in Livingston County, the oldest child of Arnold and Stella Walker Stephens. She attended Sneed School.

Nadine lived most of her life in the Sampsel and Chillicothe area, except from 1957 to 1989, when she and Turk moved to Indiana, Kentucky and Illinois when Turk worked for Peabody Coal Company.

In 1989 they returned to Chillicothe to spend their retirement years.

Nadine was a member of the First Baptist Church of Chillicothe, MO.

She was preceded in death by her parents, her husband and sister, Eulav Cooper.

Memorial contributions may be made to Mt. Olive Cemetery and left at or mailed to Heritage Funeral Home, 3141 N. Washington, Chillicothe, MO 64601. On-line condolences may be left at www.heritage-becausewecare.com

A visitation will be held one hour (1:00 p.m.) prior to the service on Saturday.

Burial will be at Mt. Olive Cemetery near Sampsel, MO.

Arrangements are under the direction of Heritage Funeral Home, Chillicothe

To order memorial trees or send flowers to the family in memory of Thelma James, please visit our flower store.