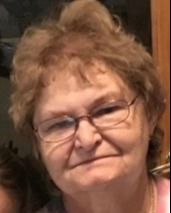 Shirley was born July 12, 1943 to parents Lawrence Mitchell and Bernice Juanita Gray Anderson in Chillicothe, Missouri. She attended Chillicothe Schools. Shirley married Robert (Bob) Thomas June 25, 1961 at Bobs Parents Home. She was a housewife and loved taking care of her family. Robert Thomas has preceded her in death on December 27, 2014.

Memorials in honor of Shirley may be made to Avalon Cemetery and may be mailed to or left at Heritage Funeral Home, 3141 N Washington, Chillicothe, Missouri 64601. Online condolences may be left at www.heritage-becausewecare.com

Graveside services will be held in Avalon Cemetery Thursday, December1, 2022 at 1:30 P.M.

To order memorial trees or send flowers to the family in memory of Shirley Mae Thomas, please visit our flower store.