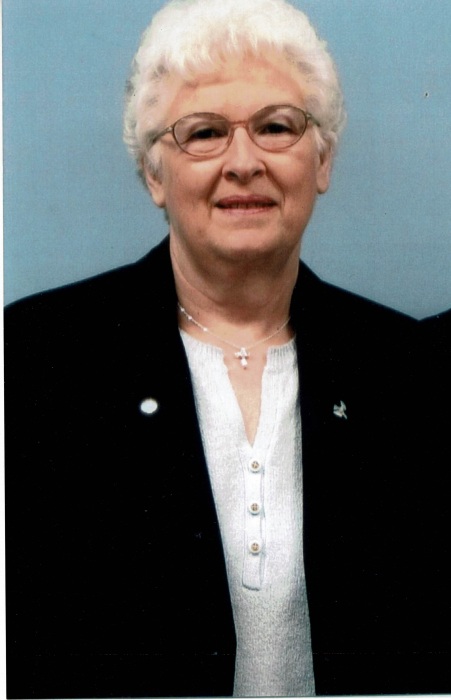 Sharon was born on January 9, 1941 to Charles “Wilbur” and Edith (Rand) Chapman in Austin, MN. She was one of 4 children. The family moved to Wolsey, SD, for a few years before her parents divorced and she went back to Austin to live with her grandparents. Sharon attended school in Austin. When she was in high school she met and started dating the love of her life, Lyle Gugin. They were married September 7, 1957 in Huron, SD. They first made their home in Huron before moving to Bison, SD, then Cottonwood, SD, and settled in Philip, SD, for many years. Lyle and Sharon joined Missions Outreach and became missionaries. This took them to Missouri as well as other places in the United States and around the world; such as Belize and Haiti. They moved to Chillicothe, MO, and helped open the Baptist Nursing Home, where she worked as a cook. Lyle died in 2007 and in 2009 Sharon moved to South Dakota to be closer to her daughter Debra. She worked for a short time at Golden Living Nursing Home (now Avantara Pierre) before retiring.

Sharon was preceded in death by her husband, a daughter Lila Boyd, a son Lester Gugin, and a grandson Dean Gigin Jr.

Funeral service will be held Wednesday, January 13, 2021 at 11:00 a.m. at Calvary Baptist Church in Chillicothe, Missouri.

Burial will be at Edgewood Cemetery in Chillicothe, Missouri.

To order memorial trees or send flowers to the family in memory of Sharon Gugin, please visit our flower store.