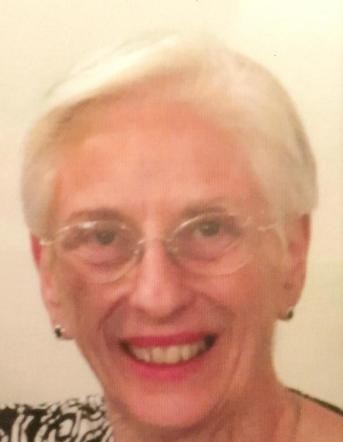 Ruth Ann (Neff) Reiter, 81, of Chillicothe, MO passed away on Wednesday, May 16, 2018. Ruth Ann was born in Ray County Missouri on October 18, 1936 to Roy Michael Neff, Sr. and Caroline Lelavene (Williams) Neff. She graduated from Stet High School in 1954 where she was an achieving student and successful athlete in softball, track and field, and basketball. She attended Missouri Methodist Nursing School. She married Terrence Reiter on May 26, 1955 in New Hope Church west of Stet, Missouri. The couple settled in Chillicothe in 1962. During their early years of marriage, Ruth Ann played the piano accompanying Terrence when he sang for Church services. Ruth Ann worked as a Surgical Technician at the hospital in Chillicothe, followed by assisting at a doctor’s private practice. She was a valued employee at Valbracht’s State Farm Insurance Agency and then enjoyed working for Jon and Melanie Martin at Martin House. She served as a Cub Scout Leader and spent many hours volunteering at the United Methodist Church, of which she was member.  Ruth Ann worked as an election official for the 1st Ward, participated in the Retired Seniors Volunteer Program, and sent hundreds of cards congratulating and encouraging students and athletes. She loved attending sporting events and was a fixture along with her husband at Hornet games. The couple were season ticket holders for the Mizzou Tigers. She enjoyed watching Kansas City Royals baseball and professional tennis on television. Her most perfect accomplishment was that of being “Gram” to her grandchildren and great grandchildren. She is survived by her loving husband of 62 years, Terrence Reiter, of Chillicothe; children, Cara Stottlemyre, of Bonnet’s Mill, MO, Tony (Tracy) Reiter of Cheney KS, and Terri (Chris) Ross, of Plattsmouth, NE; one brother, Tommy (Ruth) Neff, Surprise, AZ; grandchildren, great-grandchildren, nieces and nephews and “adopted grandchildren”. She was preceded in death by her parents, sister and brother-in-law Kathleen and Daniel Bengston, brother and sister-in-law Kendall and Grealdine Neff, sister and brother-in-law Lois Jean and Dean Pope, and brother R.M. Neff.

Arrangements are under the direction of Heritage Funeral Home, Chillicothe.

To order memorial trees or send flowers to the family in memory of Ruth Reiter, please visit our flower store.