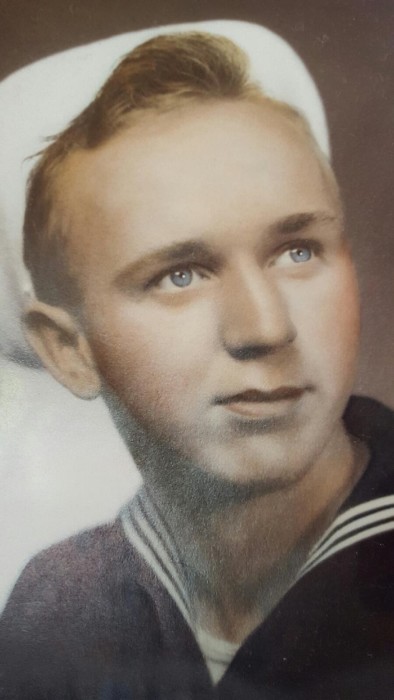 Ronald Eugene Buttz, 83, of Mooresville MO, passed away Saturday, October 14, 2017 at his home in Mooresville.

He served in United States Navy on the USS Cadmus AR14.

On January 9, 1960, Ron married the love of his life for 57 years, Ilene Teresa Bass in Dayton Iowa. She survives of the home. In 1975 they moved from Iowa to Hollister MO and moved to Mooresville in 1979.

Ron worked as a plumber and an electrician doing maintaince for many people throughout the state.

He enjoyed playing cards, working in his shop and spending time with his family. Ron especially like traveling with his wife, Ilene.

Ron was of the Catholic Faith.

Ron was preceded in death by his parents, a sister and a brother.

In lieu of flowers, memorials in honor of Ron Buttz may be made to Three Rivers Hospice, Life Flight Eagle, or Mooresville Community Betterment Association and left at or mailed to Heritage Funeral Home, 3141 N. Washington, Chillicothe MO 64601.

A graveside memorial service will be held at 10:00 a.m. on Thursday, October 19, 2017 at Mooresville Cemetery, Mooresville MO.

To order memorial trees or send flowers to the family in memory of Ronald Buttz, please visit our flower store.