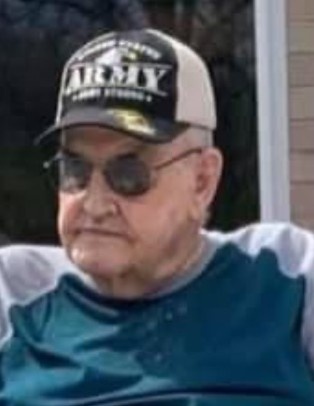 Robert was born December 21, 1932 in Chillicothe, Missouri to parents William James and Lorrine (Long) Fifer. He graduated from Chillicothe High School. Robert Married the love of his life, Shirley Mae Cooper on May 26, 1953. She preceded in death on April 16, 2014.

Robert worked two full-time jobs serving in the Army National Guard as a clerk and retired after 42 years of service to our country. He also farmed raising cattle, pigs and growing numerous field crops.

Memorials in honor of Robert may be made to May Cemetery and can be left at or mailed to Heritage Funeral Home, 3141 N. Washington, Chillicothe, Missouri 64601. Online condolences may be left at www.heritage-becausewecare.com

He was preceded in death by his wife, Shirley Fifer; son, Donald James Fifer; parents, William and Lorrine Fifer.

Burial will be at May Cemetery in Chula.

Arrangements are under the care of Heritage Funeral Home in Chillicothe.

To order memorial trees or send flowers to the family in memory of Robert Fifer, please visit our flower store.