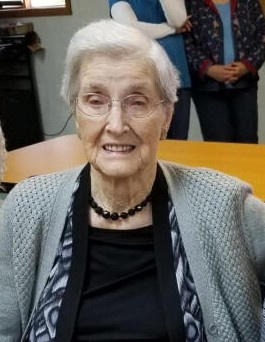 Mildred was born January 25, 1921 in Cameron, Missouri to parents Willard H. and Bessie Walker Lollar. She was a 1940 graduate of Lock Springs High School. Mildred married Kenneth W. Hoch October 8, 1944 in Kansas City, Kansas. She retired from Hedrick Medical Center, where she worked in laundry services.

Memorials in honor of Mildred may be left to the First Christian Church or the Grand River Multi-Purpose Center and may be mailed to or left at Heritage Funeral Home, 3141 N. Washington, Chillicothe, Missouri 64601. On line condolences may be left at www.heritage-becausewecare.com

Funeral services will be Monday, August 9, 2021 at 10 am at Heritage Funeral Home in Chillicothe

Burial will take place at Resthaven Memorial Gardens in Chillicothe.

To order memorial trees or send flowers to the family in memory of Mildred Hoch, please visit our flower store.