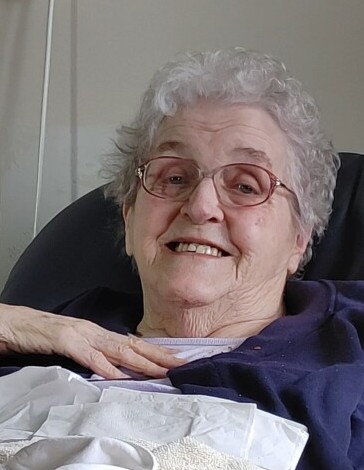 Lucille is survived by her daughter, Katherine Gibson and husband Jerry of Chula; granddaughters, Jessica Gibson of Columbia; Christina and Robbie Hulett of Higbee; grandson, Corey Gibson and Nikkie of Wheeling; three great-grandchildren; two great-great-grandchildren; brother, Louis Schmidt and Juanita of Mexico; and nieces and nephews.

Lucille was proceeded in death by her parents, Louis and Mary Schmidt; husband, Donald Bauermeister; and son, Stephen Bauermeister.

Memorials in honor of Lucille can be made to Lillian DesMarias Youth Library or Peace Lutheran Church and may be mailed to or left at Heritage Funeral Home, 3141 N. Washington, Chillicothe, Missouri 64601. Online condolences can be left at www.heritage-becausewecare.com

Visitation will be held on Monday, October 18, from 5:30 to 7:30 at Heritage Funeral Home in Chillicothe, Missouri.

Funeral services will be held at 1:30 PM on Tuesday, October 19, 2021 at Peace Lutheran Church located in Milan, Missouri.

Burial will be at Wheeling Cemetery.

To order memorial trees or send flowers to the family in memory of Lucille Bauermeister, please visit our flower store.