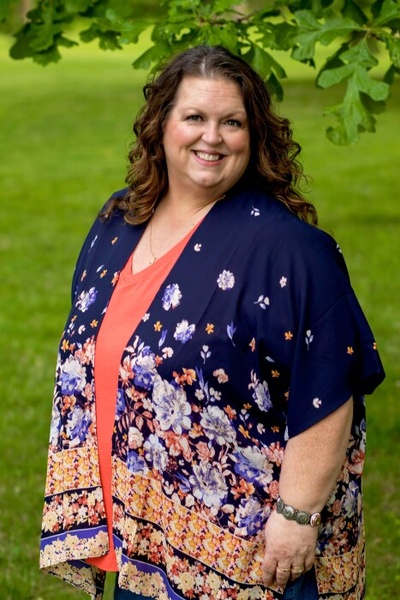 LaRenda Ann Lollar, 55, of Chillicothe, MO passed away Monday, June 21, 2021.
LaRenda was born January 24, 1966, in St. Joseph MO, the daughter of Gary Karnes and Sandy Gillilan. She was a 1984 graduate of Chillicothe High School. She was united in marriage to Richard Wayne Lollar on August 19, 1984, in Chillicothe, MO.
She worked as an independent daycare provider dedicating over three decades of love and care giving to numerous children. “Renda’s” love and dedication to her kids was evident in the relationships that she maintained with those that she cared for, treating them like her own family.

LaRenda was a member of First Baptist Church of Chillicothe, MO. She also regularly attended services at Harvest Bible Church of Dawn, MO. LaRenda was a devote believer and follower of her Lord and Savior, Jesus Christ. Her unwavering faith was evident to all in the way that she lived her life. She was a member of Young Living Essential Oils receiving Executive Rank. She enjoyed sharing her wealth of knowledge about the uses and benefits of essential oils with others. She was an avid sports fan, attending many Chillicothe Hornet’s sporting events of her children and “adoptive” kids throughout the years. For many years she held season tickets for Mizzou Football games and enjoyed tailgating with family and friends. LaRenda served as a Girl Scouts of the USA Assistant Troop Leader for many years. She was a member of the Livingston County Fair Association along with the Missouri State Fair Foundation. She was a strong supporter of local 4-H clubs and FFA chapters. She was awarded the Honorary Chapter Degree from the Chillicothe FFA Chapter in 2013 for her service. She enjoyed watching ringside as her children, grandchild, and other exhibitors presented their livestock, especially pigs at all levels of competition. After the death of her son, Cameron, her family started fundraising efforts in his memory. She initiated many silent auctions, dinners, concerts, cornhole tournaments, and pig shows, with the proceeds benefitting the Missouri State Fair Swine Barn. She thoroughly enjoyed being a mom to her 3 children, and cherished being a NaNa to her grandson. LaRenda always seemed to have the right words to say in all situations and offered love, help, and support to all of those in need.

Memorials in honor of LaRenda Lollar may be made to Edward D Jones and put for the benefit of LaRenda Lollar on the memo line. Contributions will be utilized as scholarship fund  for her grandson and future grandchildren. Memorials may be dropped off at or mailed to Heritage Funeral Home, 3141 N. Washington, Chillicothe, Missouri 64601. Online condolences may be left at www.heritage-becausewecare.com

Funeral services will be held at the First Baptist Church of Chillicothe Saturday, June 26, 2021 at 10:00 a.m.

Burial will be at Resthaven Memorial Gardens in Chillicothe.

To order memorial trees or send flowers to the family in memory of LaRenda Lollar, please visit our flower store.