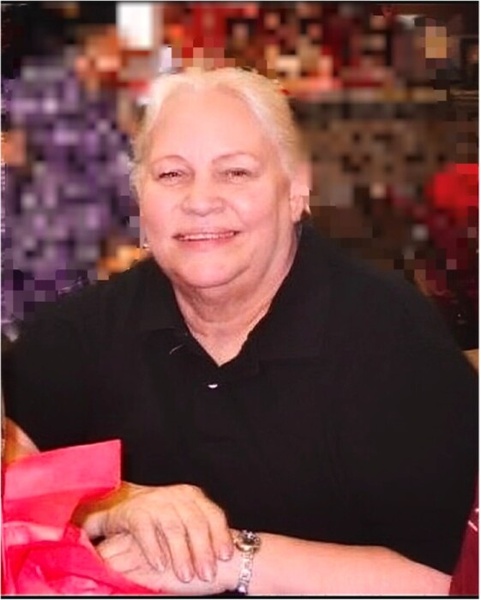 Karen Sue Manning, age 74, a resident of Chillicothe, Missouri, passed away on Thursday, July 15, 2021 after a battle with Covid at Research Hospital in Kansas City, Missouri surrounded by her family.  Karen was born the daughter of Ralph Willis Sr. and Leona (Bultman) Willis on March 27, 1947, in Carrollton, Missouri. She was a 1965 graduate of Chillicothe High School, Chillicothe, Missouri. Karen worked for many years at Model Cleaners, Harris Printing Company and Bailey Studio’s where she always enjoyed visiting with her customers.  She attended Calvary Baptist Church where she enjoying helping the children learn their Bible verses.  In her later years she spent much time traveling with her grandson Stephan to various small rural churches in the area and always enjoyed her time with him.  She enjoyed spending time and playing games with her grandchildren, vacationing, keeping in contact with her siblings, and loved sharing in gift giving during the holidays.

She was preceded in death by her parents; brother and sister-in-law Ralph and Joan Willis, sister-in-laws Shirley Willis and Pat Willis, brother-in-law Jack Thomas and grandson Nickolas Spainhour. Memorials in her honor may be made to Calvary Baptist Church c/o Calvary Kids may be left at the church or mailed to Heritage Funeral Home, 3141 N. Washington, Chillicothe, MO  64601.  Online condolences may be left at www.heritage-becausewecare.com.  Due to existing circumstances, funeral services will be scheduled at a later date.

To order memorial trees or send flowers to the family in memory of Karen Manning, please visit our flower store.