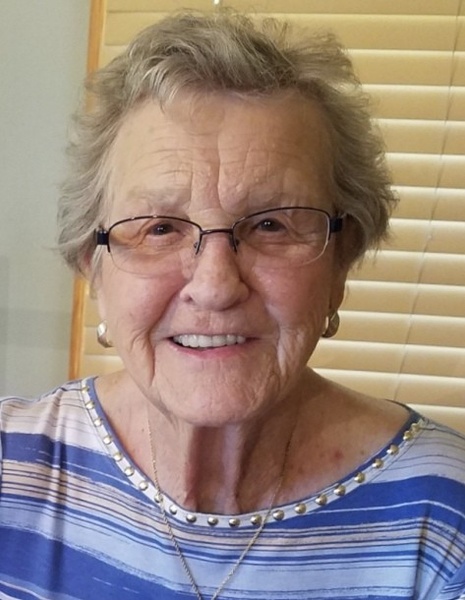 Donna Oletha Joyce Ewing Dowell went to be with her Lord and Savior on February 15, 2018 following a short illness, hospitalization and hospice care. She was born on April 1, 1935 to Harry Otis and Ida Mae Ewing. She resided most of her life in Chillicothe where people lovingly referred to her as “Precious” Joyce.

Together Joyce and Larry owned and operated Dowell Construction and Dowell Apartments until retirement. They attended the Chillicothe United Methodist Church.

She was preceded in death by her parents; her husband, Richard; one son, Richard Nelson Dowell in 1967; a granddaughter, Christina Mapel in 2014; her three siblings, Eugene “Cotton” Ewing, Wanda McDaneld, and Mona Hinshaw Claussen.

In her younger years she enjoyed traveling with her husband and family. She & Larry, along with several couple friends, actively enjoyed square dancing and motorcycle riding. She loved her daily trips to McDonalds to meet friends for coffee. Joyce loved to strike up a conversation with anyone she met.

She was a “dog lover” and often could be found babysitting her childrens’ dogs. She lived across the street from the Tina Mapel Memorial Dog Park, and loved watching the dog activity there from her front deck.

Memorials may be made to the Tina Mapel Memorial Dog Park or Shriner’s Children’s Hospital and can be left at the funeral home.

To order memorial trees or send flowers to the family in memory of Joyce Dowell, please visit our flower store.