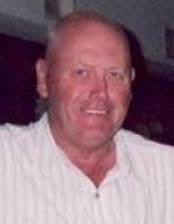 Jerry Lee Condron of Dawn, MO, passed away Sunday, September 3, 2017 at his home in Dawn, under the care of his family and hospice. He was 73 years old.

Jerry was born December 12, 1943 in Chillicothe MO the son of Ralph Kirby Condron and Ruby Leona Perry Condron. He was a graduate of Tina-Avalon High School.

He was a veteran of the United States Navy Sea-Bees and was part of the Mobile Construction Battalion #4. Jerry served from May, 1962 until July, 1966.

On August 19, 1966, Jerry married Charlotte Sue Haynes at the Dawn Federated Church. She preceded in death on December 3, 2011.

Jerry was a self-employed plumber and electrician in the Dawn area. He also ran the township road grader and was a farmer. He enjoyed taking care of his cattle. He served on the Blue Mound Cemetery Board for several years.

Jerry liked hunting and riding horses and enjoyed spending time with his family and friends. He was the kind of person who never met a stranger.

Jerry was preceded in death by his parents and wife, Charlotte.

Memorials in honor of Jerry Condron may be made to the Blue Mound Cemetery of the Blue Mound Cowboy Church and left at or mailed to Heritage Funeral Home 3141 N. Washington, Chillicothe MO 64601. On line condolences may be left at www.heritage-becausewecare.com

Burial will be at Blue Mound Cemetery, Dawn MO.

To order memorial trees or send flowers to the family in memory of jerry Condron, please visit our flower store.