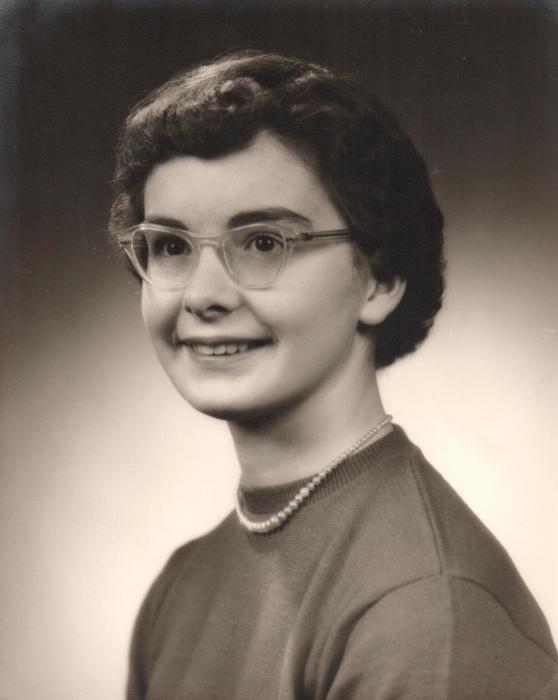 Jane Elizabeth (Scruby) Phillips passed away at her home on Thursday, June 27, 2019.  Jane was born in a blizzard on Thanksgiving Day, November 29, 1934, to Stanley Reed and Elsie Adella Minghini Scruby, in Chillicothe.  She attended Chillicothe schools, graduating in 1952.  Jane played the piano for many events in school, and was in the band, where she met her future husband.  After high school, she went to the University of Missouri, graduating in 1956 with a degree in education and a minor in music.  Jane taught English at Excelsior Springs High School for one year, from 1956-1957.  On August 17, 1957, Jane married Robert (Bob) Forsyth Phillips.

Jane and Bob moved to Lawrence, Kansas, where Jane worked in the office of the College of Liberal Arts and Sciences, while Bob completed his degree.  Bob did various jobs, and eventually went back to college to earn a second degree.  When Bob took a job with the CIA, the family moved to Virginia.  They then moved to Texas where Bob worked with IBM for the space program.  Upon retirement, Bob and Jane moved back to Chillicothe, where they longed to be.  Throughout this time, Jane devoted herself to her husband and children.  In Chillicothe, Jane eventually took a position with the cemetery board of Edgewood Cemetery, after the death of Bob.  She was secretary of her high school class, and helped organize multiple class reunions for Chillicothe High School.

Jane enjoyed gardening, genealogy and music.  Her unwavering support and her unflagging cheerfulness and curiosity were a blessing to her family.  She will be greatly missed.

In lieu of flowers, donations are requested to: Saving Sight – https://saving-sight.org/give/

A celebration of Jane’s life will be held at Heritage Funeral Home at 11 a.m. on Saturday, July 6, 2019.  A reception will follow in the Black Swan room at Blackwater Restaurant at 12:30 p.m.

To order memorial trees or send flowers to the family in memory of Jane Phillips, please visit our flower store.