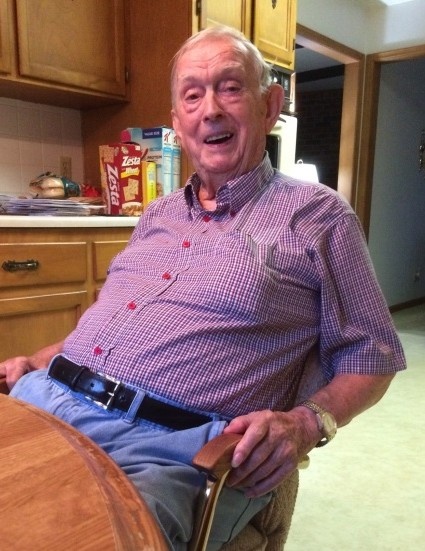 Hershel was born March 28, 1927 in Meadville, Missouri to parents John J. and Bertha Redman Sensenich. He was a graduate of Meadville High School. Hershel married Betty Jean Robinson and they were married for over 70 years.

Hershel’s long and successful career started in Brookfield, Missouri working as a watch repairman for James Jewelry. In 1955 he and his wife moved to Chillicothe and purchased Gier Jewelry and opened Sensenich Jewelry and continues today operated by his son Mike and his family. He later opened 65 Home sales with his wife working by his side.

Hershel loved to hunt, fish, going to the Chiefs games with his season tickets, woodworking and camping. The most important times of his life were spent with his family.

Memorials in honor of Hershel may be made to Cure Alzheimer’s Fund and may be mailed to or left at Heritage Funeral Home, 3141 N. Washington, Chillicothe, Missouri 64601. Online condolences may be left at www.heritage-becausewecare.com

Due to COVID-19 in the family Funeral arrangements will be made at a later date.

Arrangements are under the care of Heritage Funeral Home, Chillicothe, Missouri

To order memorial trees or send flowers to the family in memory of Hershel Sensenich, please visit our flower store.