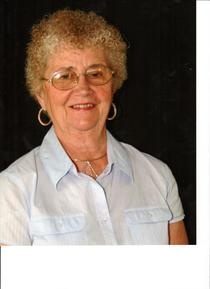 Gracie Lea Lucas, 74, of Chillicothe MO passed away Saturday, December 31, 2016 at the home of her daughter in Richland MO.
Gracie was born December 27, 1942 in Chula MO the daughter of Raymond Forrest Harbert and Marjorie Irene Stockwell  Harbert.. She was a graduate of Laredo High School, Laredo MO.
She married Paul David “Pete” Lucas, Sr. on January 23, 1962 at the Free Methodist Church in Chillicothe. He preceded her in death on July 10, 1996.
Gracie was a Certified Nurse Aide and retired from Morning Side Center in Chillicothe. She was a member of Soul’s Harbor Church of God, and also attended Turning Point Church and The Lighthouse Chapel in Chillicothe. Gracie taught Sunday School at Soul’s Harbor and was an avid volunteer for RSVP, an enjoyed helping the elderly in the area. She also volunteered at Threads and The House of Prayer.
Gracie liked to bowl and playing bingo but spending time with her children and grandchildren was her top priority,
She is survived by children, David Lucas (Lana) of St. Joseph MO, Ann Howe of Brookfield MO, Steve Lucas of Ankeny IA, Cathy Mulnix of Chillicothe, and Sara Myers (John) of Richland MO ;grandchildren, Matt, Kyndria, Kamme, Philip, Jessica, Amanda, Kaylee, Andrew, Drake, April, Katherine, and John David;11 great grandchildren; a sister, Donna Vermillion; a brother Forrest Harbert
Gracie was preceded in death by her parents; husband, Pete; and granddaughter, Holly Jo Lucas.
Memorials in honor of Gracie Lucas may be made to the House of Prayer and left at or mailed to Heritage Funeral Home 3141 N. Washington Chillicothe MO 64601. On line condolences may be left at www.heritage-becausewecare.com
There has been a cremation.
Memorial services will be held at 10:00 a,m, on Friday, January 6, 2017 at Heritage Funeral Home.
There will be a private family burial at a later time.
Arrangements are under the direction of Heritage Funeral Home, Chillicothe MO.

To order memorial trees or send flowers to the family in memory of Gracie Lucas, please visit our flower store.