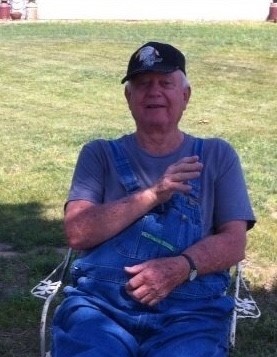 Forrest Edwin Harbert, 79, of Chillicothe, Missouri passed away Sunday, March 1, 2020 at his home surrounded by family and under the care of Saint Luke’s Hospice.

Forrest worked as a farmer and dairy farmer. He attended the Cowboy Church in Blue Mound, Missouri. Some of Forrest favorite times were spent woodworking and with his children, grandchildren and great grandchildren.

He was preceded in death by his parents, Raymond and Marjorie and sister Gracie Lucas.

Memorial in honor of Forrest may be made to Shirley Harbert to help with expenses. Memorials may be mailed to or left at Heritage Funeral Home, 3141 N. Washington, Chillicothe, Missouri 64601. One line condolences may be left at www.heritage-becausewecare.com

To order memorial trees or send flowers to the family in memory of Forrest Harbert, please visit our flower store.