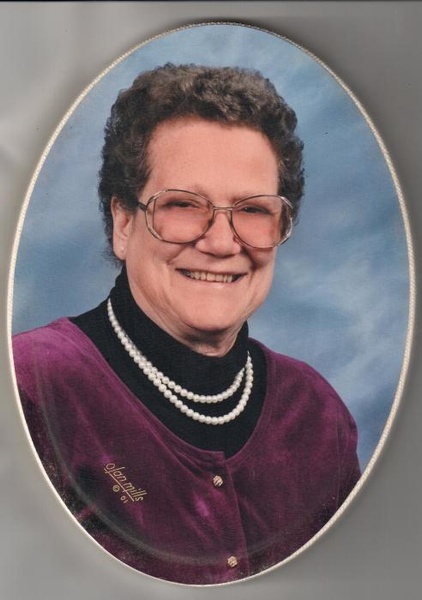 Erma Dean Applebury, 84, of Dawn, MO, passed away Saturday, March 21, 2020 surrounded by her family and in care of Three Rivers Hospice.

Erma was born on October 24, 1935 in Edinburg, MO, the daughter of Ross Columbus Caselman and Mildred Irene Graham Caselman, She attended Meadville Schools.

On September 17, 1953 she married James Harvey Applebury in Chillicothe, MO. He preceded her in death.

Erma loved her grandchildren and great-grandchildren so very much.  Grandma’s house was always filled with the laughter of those grandchildren.  They have so many stories about her and the love that she showered upon them.  She found the most unusual toys at the many area garage sales that she loved going to.  She played Nintendo and other electronic games with her grandchildren.  She had a really competitive streak.  She didn’t let them win unless they earned it.  Erma rejoiced every time that she heard the news that a new baby had arrived in the family because she would load her bags and come to the house to cuddle and love on that new baby.

Erma loved children.  Every Halloween she would gather up candy to hand out to the area trick-or-treaters.  In addition to candy, she also handed out pencils, pens and erasers.  One year when she was working the polls, a young man told her that SHE was responsible for helping him get through school.  Thanks to her, he always had a pencil that he could use.  It made her so happy that he had told her that.

Erma loved to embroidery and crochet.  Many people received her beautiful pillowcases for wedding presents.  She also made them for our teachers for Christmas presents when we were young.  Her favorite pillowcases were the patterns with a  beautiful lady surrounded by flowers and with crocheted skirts.  She loved using a pineapple crochet pattern for those skirts.

She was a member of Dawn Baptist Church and later attended Highview Baptist Church. Erma enjoyed embroidering pillowcases and crocheting and spoiling her grandchildren.

She was preceded in death by her parents; husband Harvey; a son, Gregory Applebury; and siblings, Carolyn Swort, Junior Caselman and Jimmy Dale Caselman.

Due to State and Local mandates, there will be a private family service and burial. In Lieu of flowers, memorials in honor of Erma Applebury may be made to the YMCA backpack buddies and left at or mailed to Heritage Funeral Home, 3141 N. Washington, Chillicothe, MO 64691. On line condolences may be left at www.heritage-becausewecare.com Family and friends may call at the Funeral Home Tuesday, March 24, 2020 from 10:00 a.m. until 2:00 p.m.

To order memorial trees or send flowers to the family in memory of Erma Applebury, please visit our flower store.