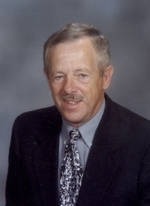 Don was born in Chillicothe, MO June 11, 1941 to Bertie and Ruby (Harris) Colliver. He loved his family dearly. Judy always remembers the childhood of playing and growing up together. Carolyn and Don loved to square dance together. Ed and Jason remember how good of a father he was and how much he influenced their lives over the years. As a young man he enjoyed farming. Later in life he moved his family to Texas where he started driving an 18 wheeler for Churchill Truck Lines and Conway Trucklines, He never lost sight of what he loved in life: God and his family.

Don was preceded in death by his parents.

The family would like to thank Providence Hospital and Providence Park for the care that was given in his time of need.

A visitation was held at Oak Crest Funeral Home, Waco, TX.
Their Guest Book is available at www.oakcrestwaco.com

Burial will be at Resthaven Memorial Gardens, Chillicothe, MO.

On-line condolences from the Chillicothe area may be left at www.heritage-becausewecare.com .

To order memorial trees or send flowers to the family in memory of Donald "Don" Colliver, please visit our flower store.