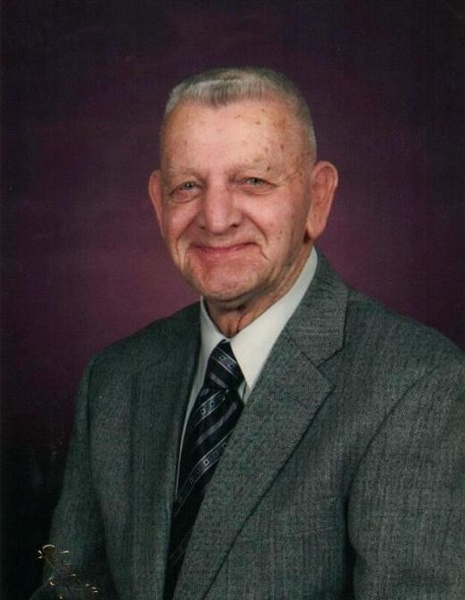 Donald  E Underwood, 85, of Chillicothe, Missouri, went to be with the Lord while surrounded by his loving family at home on Tuesday, September 26, 2017.

Don moved to Chillicothe at the age 12 with his mother & twin brother, Ronald.  He graduated from Chillicothe High School in the Class 1949.  He entered the Army during the Korean War in 1952. While serving his country in the 50th Army Automatic Weapons division as a machine gunner,  he obtained the rank of Corporal and was honorably discharged in 1954.

While home on leave in the Spring of 1953, he met his future wife, Mary Kathleen Garr, at Miller’s Drug Store. Upon returning to Korea, they corresponded as friends by writing letters. When Don returned from Korea, he married the love of his life, Mary, on February 27, 1955 at the First Baptist Church in Chillicothe, MO.  They celebrated their 62nd Wedding Anniversary this year.

A long-time and well known resident of Chillicothe, Don was a member of the First Baptist Church.

He worked at Moore Monument Company, Botts & Tye Heating & Cooling and retired from the Chillicothe Post Office after 31 years of service.  Passionate about community service, Don was active with the American Legion Post 25, VFW Post 858, Grand River Historical Museum, Chillicothe Collectors Club, Boy Scouts of America, Tribe of Mic-o-say, Grand River Multi-Purpose Center, RSVP, Main Street Chillicothe, Veterans Service Officer (at Hy-Vee on Wed. mornings) and a wide range of other volunteer work. You may fondly remember him sharing hugs, smiles and red poppies during the Buddy Poppy Drive or on National Poppy Day at the front door of Hy-Vee.

In 2003, he received an Award of Appreciation for his dedication to the Grand River Historical Society Photo Membership Drive.  He was recognized as Legionnaire of the Year 2008 for organizing the 2007 Korea War Recognition Ceremony. Don was honored to be the Grand Marshal of the 64th Annual Holiday Parade in 2010.

In lieu of flowers, memorials may be made to VFW Post 858 Building Fund or Grand River Multi-Purpose Building Fund and left at or mailed to Heritage Funeral Home 3141 N. Washington Chillicothe MO 64601. On line condolences may be left at www.heritage-becausewecare.com

A Private Family Celebration Of Life Service will be held at 3:00 p.m.  Saturday September 30, 2017 at Resthaven Memorial Gardens, Chillicothe MO

To order memorial trees or send flowers to the family in memory of Donald Underwood, please visit our flower store.