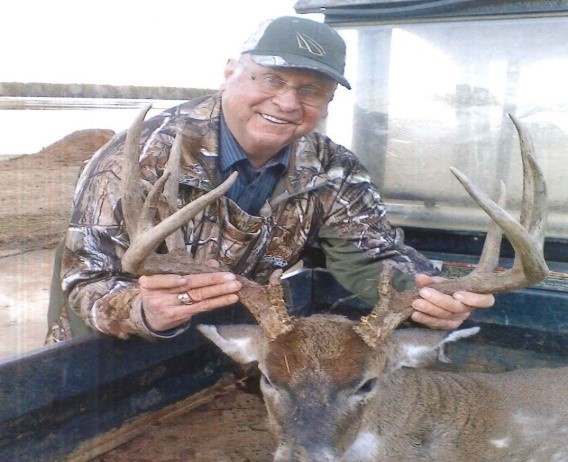 Mr. Donald Leo Owings, age 81, of Broadway lost his short but courageous battle with cancer Wednesday, August 26, 2020. His life ended the way it began at his home and surrounded by the people that loved him. He was born January 17, 1939 in Braymer, Missouri to Price Clayton and Julia Margaret. He married his high school sweetheart and love, Barbara Louise Stevenson, in January of 1958 who preceded him in death in 1998.
Don loved people and worked hard every day of his life. Don was strong in body, in spirit, and in commitment. Don never let another man down. He fulfilled every obligation he ever undertook. His word was his bond, and everyone knew it.
Don was self-made and self-reliant. He worked in managements and construction for 60 years. From his education to his career, Don engaged with the world as a man who would be its master.
Don loved sports; He was a master sportsman. He could hunt and fish with the best of them. He was always up for a new adventure. Don was loyal. His faithfulness to the important people in his life could be seen in the way he steadfastly maintained ties with his childhood friends. Don could always be counted on to be there.
Don was never stingy. Though he was a farm boy born to parents who lost everything in the of the Depression he understood the value of a dollar and the importance of saving, the generosity he expressed with his money matched his generosity of spirit.
He was preceded in death by his parents, eleven of his thirteen siblings and beautiful wife Barbara.
Don is survived by his sisters Frances and Jolly. Daughters, Amy Taylor, Cheryl Wolbrink. Son in law Craig Taylor, Grandchildren, Rachel Brown, Lauren Stone And great granddaughter, Eloise Brown.
A visitation will be held Wednesday, September 2, 2020 from 10:00 a.m. until 11:00 a.m.at Heritage Funeral Home in Chillicothe, Missouri.

A graveside service will be held at 12:00 p.m. at Wheeling Cemetery in Wheeling, Missouri.

Burial will be at Wheeling Cemetery in Wheeling Missouri.

To order memorial trees or send flowers to the family in memory of Donald Owings, please visit our flower store.