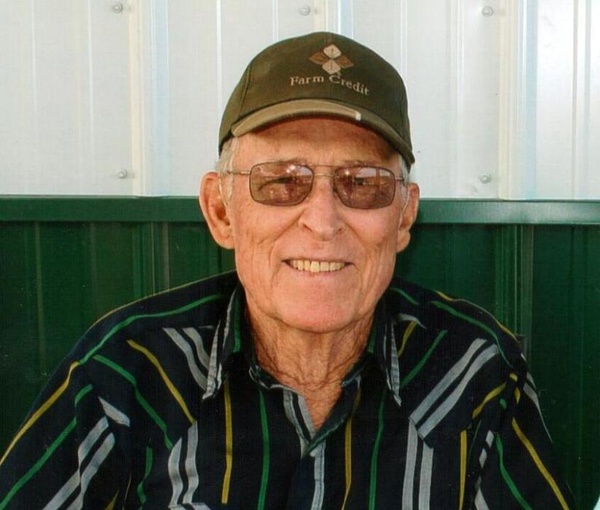 David was born September 28, 1935 in Chillicothe, MO, the son of Leland James Pyrtle and Bertha Ellen Dawkins Pyrtle. He was a graduate of Chillicothe High School in 1953.

He married Shirley Mae Foster on July 11, 1954 in the Liberty Chapel Christian Church in Trenton, MO.

After graduation, David worked as a buttermaker at Producers Creamery in Chillicothe. His family moved to Chula and he started farming with his father-in-law, who taught him farming basics. After retiring from farming, he was employed at the Baptist Home for 11 years. After retirement he enjoyed just being on the farm. He was a long time member of Liberty Chapel Christian Church, where he was a Superintendent, teacher and elder. After Liberty Chapel closed, he became a member of the Laredo Christian Church.

He was a very talented wood carver with a chain saw and enjoyed sharing his work with many people. David was family oriented and enjoyed all kinds of activities with them, sometimes even being a jokester.

He was preceded in death by his parents; and sisters, Patricia Breeden and Bernita Mammon.

Memorials in honor of David Pyrtle may be made to Shiloh Christian Children’s Ranch or TEAM, (The Evangelical Alliance Mission ) - a worldwide ministry, or PCM (Preaching Christ to the Multitudes) - an Eddie Bazine ministry in Haiti. Memorials may be  left at or mailed to Heritage Funeral Home, 3141 N. Washington, Chillicothe MO 64601. On line condolences may be left at www.heritage-becausewecare.com

To order memorial trees or send flowers to the family in memory of David Pyrtle, please visit our flower store.