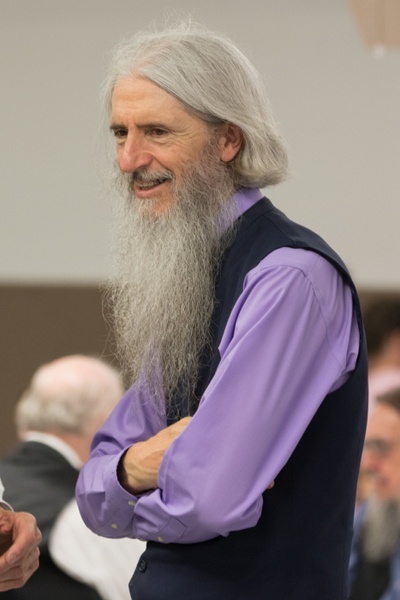 He moved 43 times in his lifetime over four countries and nine states, including starting school in Glasgow, Scotland, finishing high school in Amite, Louisiana, and living his last twenty years in Missouri.

David joined the U.S. Navy at age 18, serving on a helicopter squadron. He was stationed in Norfolk, Virginia, where he met his wife, Rachel Showalter.  They would have celebrated 40 years of marriage on October 28th. David left the Navy as a Conscientious Objector with an honorable discharge. He studied at Eastern Mennonite University and Virginia Tech, and in 1991, graduated with a doctorate in dental surgery from Howard University. He also earned honors from the Academy of General Dentistry for further specialization in oral surgery. During his career, he pulled over 36,000 teeth. He was known for his work ethic, loyalty, generosity and love of learning.

In addition to his children, David left behind his mother, Heather and stepdad, Terry Morgan, his brother Wayne (Julie) Bennett, and sisters Chrystal (Carl) Schossow, and Gwendolyn Finch. He was preceded in death by his father, David Bennett, Sr. and brother-in-law, Jerry Finch.

David Bennett, Jr. went home to be with Jesus, September 17th, 2020, aged 63 years, 8 months and 30 days. He was at peace with the Lord and his family and entered eternity surrounded by his wife and ten children.

To order memorial trees or send flowers to the family in memory of David Bennett Jr., please visit our flower store.