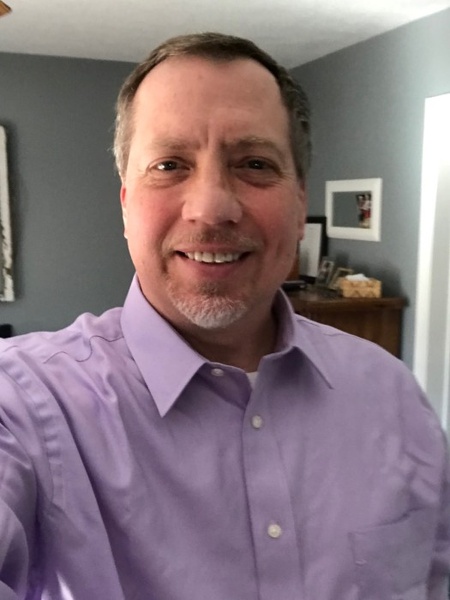 Daniel Duane Leatherman, 57, of Chillicothe, passed away Sunday, August 12, 2018 at his home in Chillicothe.

Dan was born in Muscatine, Iowa, the son of Marion Francis and Helen Kaalberg Leatherman. He was a graduate of Muscatine High School and earned an Associate’s Degree in Broadcasting. Dan married Patti Scott on June 27, 1981 in Storm Lake, Iowa.

Dan was a loyal Chillicothe resident, he served on the Hedrick Medical Center Board and was a past president of the Chillicothe Chamber of Commerce. He was a proud owner of KCHI AM/FM Radio Station based in Chillicothe, Missouri. Some of his other interests include partial ownership of the Green Bay Packers, golfing, St. Louis Cardinals and the Chillicothe Fireworks show that he ran for fifteen years. Most of all Dan loved spending time with his family, treasuring those special moments with his wife Patti kids and grandchildren.

He was preceded in death by his father, Marion Leatherman; infant brother, Johnny Leatherman and a brother-in-law, Rick Gordon.

Memorials in honor of Dan may be made to the Chillicothe Education Foundation. Please write Leatherman on the memo line for the foundation of a scholarship in Dan’s Memory. Memorials may be left at or mailed to Heritage Funeral Home, 3141 N. Washington, Chillicothe MO 64601

A Mass of Christian Burial will be held on Thursday, August 16, 2018 at 10:00 a.m. at Saint Columban Catholic Church in Chillicothe.

Burial will be at Resthaven Memorial Gardens, in Chillicothe.

To order memorial trees or send flowers to the family in memory of Daniel Leatherman, please visit our flower store.