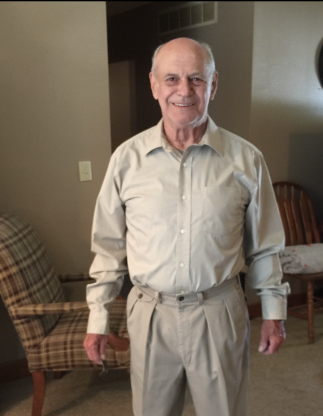 As a young man, Danny delivered newspapers, labored as a farmhand, worked for Carlin Drug Store and then in the warehouse for Mart Drug Store.  He was the owner-operator of H & H Carpet Service from 1974 until he retired.

He was preceded in death by his parents; two brothers, David Greene and Charles Hind; three sisters, Connie Ross, Sharon “Shari” Hilton, and Elizabeth “Betty” Schmitz and one great-grandchild.

To order memorial trees or send flowers to the family in memory of Dan Hind, please visit our flower store.