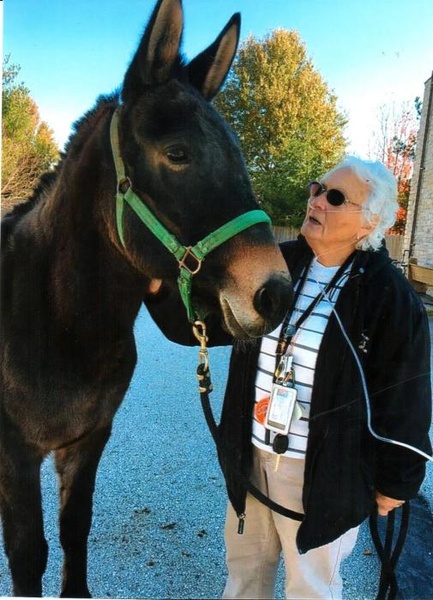 Charlene Eugenia Hamilton, 75, of Chillicothe, Missouri passed away Monday December 9, 2019 at her daughter’s home in Lincoln, Nebraska, under the care of her children and Hospice.

She was born in Chillicothe, May 3, 1944 to parents George Eugene and Vera Venata (England) Mathews. She graduated from Chillicothe High School and worked and retired from Missouri Department Of Corrections. She married Jerry R. Hamilton on February 14, 1997 in Chillicothe, Missouri.

She had many hobbies including working on the farm, camping and riding June Bug her mule.

She was preceded in death by her parents and husband Jerry Hamilton.

Memorials in honor of Charlene may be made to Lifepoint Church            and left at or mailed to Heritage Funeral Home, 3141 N. Washington, Chillicothe, Missouri 64601. Online condolences may be left at www.heritage-becausewecare.com

Funeral Services for Charlene will be held Saturday, December 14, 2019 at 11:00 a.m. at Heritage Funeral Home in Chillicothe, burial in Wheeling Cemetery.

Arrangements under the care of Heritage Funeral Home.

To order memorial trees or send flowers to the family in memory of Charlene Hamilton, please visit our flower store.