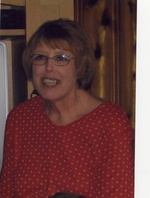 Carol Ann Millhouse, 64, of Chillicothe, MO passed away Wednesday, February 16, 2011 at Hedrick Medical Center in Chillicothe.
Carol was born January 7, 1947 in La Jolla, CA  the daughter of John Junior Davis and Mildred Louise Gilbert Davis
She was a 1965 graduate of Chillicothe High School and graduated from the Brookfield School of Practical Nursing in 1969.
On December 10, 1971 she married Wesley L. Millhouse in Chillicothe, MO.  He survives of the home.
Carol was a Licensed Practical Nurse and had worked for 23 years with Dr. Sensenich, Dr. Wright, and Dr. Womack in Meadville, MO.  She also worked at Hedrick Medical Center and had been the Director of Nursing at Susan’s Nursing Home in Chillicothe.
She enjoyed crocheting and spending time with her family.
Survivors include her husband, Wesley L. Millhouse, listed above; a daughter Kristi Millhouse of Chillicothe; son, Todd Millhouse and wife, Lee, and their daughter  Bailee Millhouse of Pleasant Valley, MO; a brother, Butch Davis and wife, Judy, of Weston, MO; three nieces Amanda Davis  and fiancé, Wayne Cooley, of Kansas City, MO, Katie Davis of Warrensburg, MO, and Michelle Dehaven and husband, Chuck, of Weston, MO; sister-in- law, Pam Stamper and husband, Pat. of Kearney, MO: and dear friend, Wilma Baker of Chillicothe.
She was preceded in death by her parents; a brother, Kenneth Wayne Davis and mother and father-in-law, Leonard and Syble Millhouse.
Memorials in honor of Carol Millhouse may be made to the Millhouse family or Bailee’s Education Fund  and left at the funeral home or mailed to Heritage Funeral Home, 3141 N. Washington, Chillicothe, MO 64601. On-line condolences may be left at www.heritage-becausewecare.com .
Funeral services will be held on. Saturday, February 19, 2011 at 2:00 p.m at Heritage Funeral Home, Chillicothe, MO.
Burial will be at Resthaven Memorial Gardens in Chillicothe.
A visitation will be held on Friday, February 18, 2011 from 6:00 to 8:00 p.m. at Heritage Funeral Home, Chillicothe
Arrangements are under the direction of Heritage Funeral Home, Chillicothe, MO.
To order memorial trees or send flowers to the family in memory of Carol Millhouse, please visit our flower store.