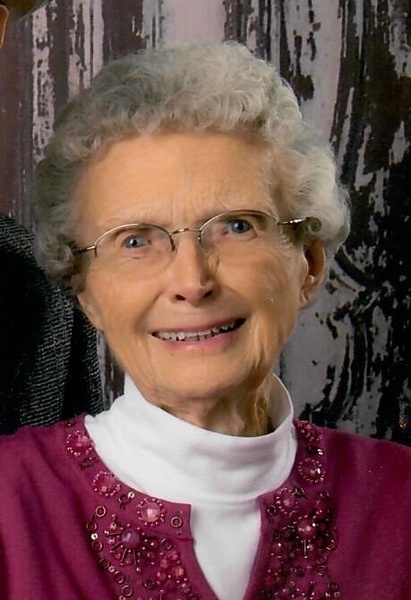 Wilma Louise Meneely, 97, of rural Meadville, Missouri passed away on Friday, August 6, 2021 at her residence.

Wilma was born the daughter of Edna (Colton) and Buel Littrell on March 27, 1924, in rural Wheeling, Missouri. Wilma graduated from Wheeling High School and Chillicothe Business College and worked as a secretary for TWA until her marriage. Wilma was united in marriage to Lenos Andrew Meneely on December 25, 1944 at the home of her parents. Wilma and Lenos spent the rest of their lives farming south west of Meadville, Missouri.

She was a member of the Meadville First Baptist Church but spent 65 years as pianist at wheeling Christian Church accompanying her sister Majorie on the organ. A life well lived.

Wilma was preceded in death by her husband, Lenos Meneely; her parents, Buel and Edna Littrell; brother, Gerald Littrell.

Burial will be held at Wheeling Cemetery, Wheeling, Missouri.

Funeral services will be held at Heritage Funeral Home Chillicothe, Missouri Friday, August 13, 2021 at 11:00 AM.

No family visitation is scheduled. Friends may call at Heritage Funeral Home Thursday, August 12, 2021 from 9:00 AM until 7:00 PM.

Memorial contributions may be made to Wheeling Cemetery, Wheeling Christian Church or Meadville First Baptist Church. Memorials may be mailed to or left at Heritage Funeral Home, 3141 N. Washington, Chillicothe, Missouri. Online condolences may be left at www.heritage-becausewecare.com

To order memorial trees or send flowers to the family in memory of Wilma Meneely, please visit our flower store.