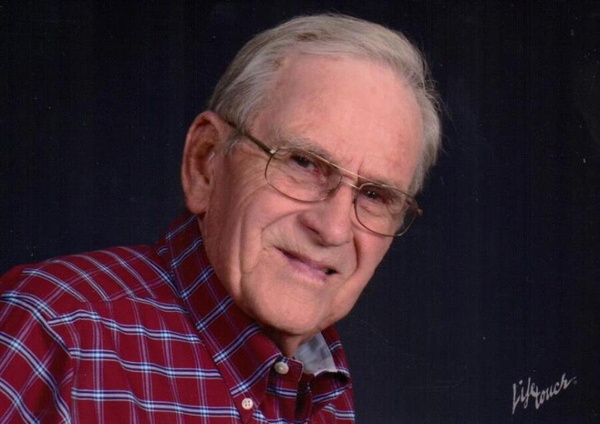 Dale Curtis Whiteside, age 90, a resident of Chillicothe, Missouri, passed away on July 4, 2021, at his residence.

Dale was born the son of Earl and Bessie (Miller) Whiteside on the family farm in Chillicothe, Missouri, on October 19, 1930, during the Great Depression. He attended a one-room school for his first eight years of education and graduated from Chillicothe High School in 1948. He then began his college years at Central Methodist College in Fayette and transferred to the University of Missouri where he graduated Summa Cum Laude in 1952 with a BS Degree in Agriculture. He then enlisted in the U.S. Air Force, where he was a weather forecaster and a teacher, the first in his family to have gone to college and to the military. He lived his entire life in the same location where he was born, except for his college years and his four years in the Air Force.

On February 21, 1953, Dale was united in marriage to Marilou Reed in Dawn, Missouri. She survives of the home. Together they worked on the family farm consisting of swine and cattle production and row crops. Dale was dedicated to farming and worked tirelessly to implement best practices and to develop a business that was centered upon sound animal husbandry and exceptional land stewardship. He was an advocate for agriculture and an influence on many in the industry far and wide.

Dale and Marilou committed their lives to the Liberty United Methodist Church where Dale was a Sunday school teacher for fifty-six years and a choir member. He and Marilou were youth leaders for thirty-two years. They accompanied teenagers on fourteen mission trips and held MYF (Methodist Youth Fellowship) meetings every Sunday evening during those years. This youth ministry was a highlight of Dale’s life, and he maintained relationships with dozens of youth he mentored. His Christian faith was the center of all he did, and he proudly exhibited a Christ-like lifestyle.

Dale was a violinist who was trained in classical music and was a member of the orchestra at Central Methodist College and the Chillicothe Community Orchestra. While at MU Dale learned to fiddle and enjoyed playing for square dances in the community. Years later, he found joy in playing the violin with two grandsons in church performances and youth recitals.

Dale was also honored with the Missouri Farm Bureau Outstanding Service to Agriculture Award and the Bill Hoyt Distinguished Service Award. He was awarded recognition by the University of Missouri School of Agriculture for his dedication and leadership in the field and was recognized by the Missouri Pork Producers as a “Master Pork Producer.” Dale was awarded the Chillicothe Area Chamber of Commerce Outstanding Farmer Award, and he and Marilou were named to the Livingston County Leaders Honor Roll.

In 1986 Dale was president of the Missouri Pork Producers, and the following year he was elected State Representative of the 11th District in a special election. He went on to serve nine years in the House of Representatives. He then returned to the farm to work with sons Jeff and Steven.

One of his greatest undertakings was his work in helping abused women, many of whom had received lengthy prison sentences for crimes they had not committed. Dale helped several women rebuild their lives after ministering to them while in prison and assisting in their efforts to be exonerated.

To order memorial trees or send flowers to the family in memory of Dale Whiteside, please visit our flower store.